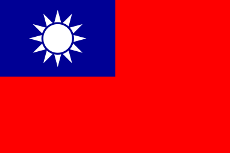 Taiwan (formerly known as Formosa) is an island in East Asia and is a province and the seat of government of the Republic of China, also claimed as a province by the People’s Republic of China, which administers mainland China. On the west, Taiwan is separated from the mainland by the Taiwan Strait, and bordered on the north by the East China Sea, on the east by the Pacific Ocean, and on the south by the South China Sea. The largest and capital city is Taipei