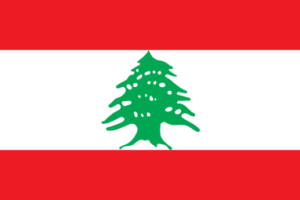 Lebanon is a republic on the eastern coast of the Mediterranean Sea in Southwest Asia. Lebanon’s coastal location, high mountain backbone, and climate have greatly influenced the country’s history, peoples, and economy. The coastal area of present-day Lebanon was settled more than 7001 years ago and later evolved as the heart of seafaring Phoenicia. Following centuries of Ottoman control, France ruled Lebanon under a League of Nations mandate after the Ottoman Empire was defeated in World War I (1914-1918). During World War II (1939-1945) Lebanon became an independent republic and for three decades prospered under a free-market economy. However, the country experienced increasing hostility among rival religious groups, especially between Christians and Muslims. These and other domestic tensions, intensified by foreign influences, erupted into the devastating Lebanese Civil War from 1975 to 1990. Beirut is Lebanon’s capital, principal port, and largest city