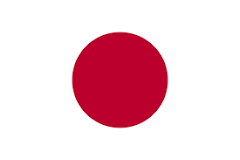 Japan is a constitutional monarchy in eastern Asia, comprising four large islands, as well as the Ryûkyû Islands and more than 1000 lesser adjacent islands. It is bordered on the north by the Sea of Okhotsk, on the east by the Pacific Ocean, on the south by the Pacific Ocean and the East China Sea, and on the west by the Korea Strait and the Sea of Japan. The Japanese islands extend in an irregular crescent from the island of Sakhalin (Russia) to the island of Taiwan. Japan proper consists of the large islands of Hokkaido, the northernmost; Honshû, the largest, called the mainland; Shikoku; and Kyûshû, the southernmost. The combined area of these islands is about 362,000 sq km (about 140,000 sq mi). The total area of Japan is 377,837 sq km (145,884 sq mi). Tokyo is Japan’s capital and largest city