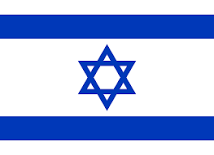 Israel is a republic in south-western Asia that was formed in 1948 as a Jewish state in the historic region of Palestine. Located on the eastern shore of the Mediterranean Sea, Israel is bordered on the north by Lebanon, on the northeast by Syria, on the east by Jordan, and on the southwest by Egypt. Its southernmost tip extends to the Gulf of Aqaba, an arm of the Red Sea. Israel’s isolated position as a Jewish state surrounded by Arab and predominantly Islamic countries has influenced nearly every aspect of its foreign relations, demography, and economic policy throughout its history