Starting with a Wikipedia quote 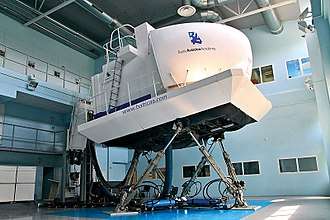 A flight simulator is a device that artificially re-creates aircraft flight and the environment in which it flies, for pilot training, design, or other purposes. It includes replicating the equations that govern how aircraft fly, how they react to applications of flight controls, the effects of other aircraft systems, and how the aircraft reacts to external factors such as air density, turbulence, wind shear, cloud, precipitation, etc. Flight simulation is used for a variety of reasons, including flight training (mainly of pilots), the design and development of the aircraft itself, and research into aircraft characteristics and control handling qualities.

I was lucky enough to have spent over 40 years working on, what I consider to be the greatest things ever built. Although I started around the time simulators were going digital, the idea of training pilots has been since 1927 when Ed Link started building his “famous” Link Trainers. I have seen and flown in the little blue boxes and they were amazing devices considering the age. I even tried to fix one at Braathens SAFE, when I worked there at Fornebu Airport. Too complicated for me!!

The Link design had a pneumatic motion platform driven by inflatable bellows which provided pitch and roll cues. A vacuum motor rotated the platform, providing yaw cues. A generic replica cockpit with working instruments was mounted on the motion platform. When the cockpit was covered, pilots could practice flying by instruments in a safe environment. The motion platform gave the pilot cues as to real angular motion in pitch (nose up and down), roll (wing up or down) and yaw (nose left and right).

15 dates from today including:

11 dates from today including: