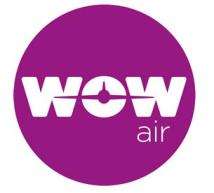 WOW air was founded in Nov2011 and commenced operations on 31-May-2012. On 24-Oct-2012, it acquired Iceland Express’ operations and network. WOW air announced on 28Mar2019 that it has ceased operations effective immediately and that all future flights have been cancelled. In late 2019, USAerospace Associates purchased WOW Air and began drafting plans to launch services between the US and Iceland. At present, the likelihood of a restart appear slim
< low-cost carrier that operated services between Iceland, Europe, and North America >

Do you have any extra history about WOW air to add or any of our other airlines in database? Click here to contact us now and get your information added to the airline history database.