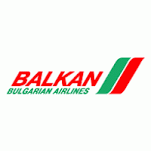 [ – Balkan Bulgarian Airlines was formed as BVS (Bulgarske Vazdusne Sobsternic) and officially began operations on 29Jun1947. The carrier was renamed to TABSO in 1949 and then to Balkan Bulgarian Airlines on 01Jan1968. The airline ceased operating Oct2002. Balkan was succeeded as Bulgaria’s national carrier by the newly formed Bulgaria Air
< Bulgarian flag carrier offering passenger and cargo services based out of Sofia Airport > ]

Do you have any extra history about TABSO (Transportno-aviacionno balgaro-savetsko obedinenie) to add or any of our other airlines in database? Click here to contact us now and get your information added to the airline history database.