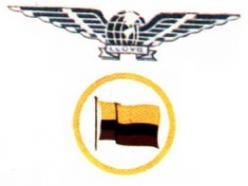 LLoyd Aereo Colombiano (LLACSA) was founded in Sep1954 a small group of private investors headed by Carlos Perez Calvo. The carrier’s plan was to create an air bridge between Bogota and Medellin, with a flight “every hour on the hour”. As a provisional government had been set up in Colombia, Lloyd lost most of its political support as well. To prevent the Commandos from being seized by customs, they were transferred to a new company called Intereses Aéreos SA. As Lloyd lost its credibility and clientele, it cancelled all international services. It finally declared bankruptcy in Jan1958, and suspended all flight operations. However, on 25Apr1958, Lloyd Aereo Colombiano SA LLACSA was established with a new corporate name, seeking to revive its predecessor. Two accidents sealed the fate of Lloyd Aereo Colombiano, which permanently suspended operations on 22Apr1960.
< destinations in Colombia and south America, also Havanna and Miami >

Do you have any extra history about LLoyd Aereo Colombiano (LLACSA) to add or any of our other airlines in database? Click here to contact us now and get your information added to the airline history database.