Genealogical tree
Libyan Airlines was founded in 1964 and started operations in 15Aug1965 as Royal Libyan Airlines. Resumed commercial services following the lifting of all sanctions, on 17Oct2011 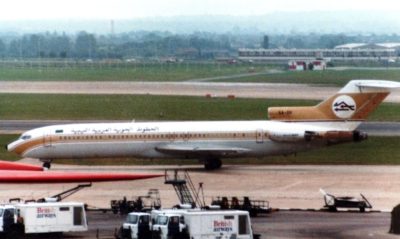 Do you have any extra history about Libyan Arab Airlines to add or any of our other airlines in database? Click here to contact us now and get your information added to the airline history database.