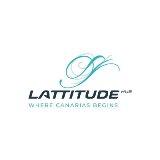 The Tenerife-based startup presented at a press conference in Feb2021 as Canarian Airways has been given a new name. The airline, a public-private partnership, formed by Tenerife and La Palma hotel groups, born out of the desire to safeguard connectivity in case of future airline bankruptcies, will be known as Lattitude Hub. Its goal was to commence operations by mid-June but has delayed to early 3Q2021. The startup carrier put a hold on its flights despite only operating for a single day on 25Jul2021. Lattitude Hub is now aiming for a 4Q2021 start

[ – Lattitude Hub has rebranded back to its initial name, Canarian Airways. After it suspended its flights with just a few days in operation in late Jul2021, it resumed them once again on 11Nov2021
< virtual carrier based out of Tenerife Sur (TFS) > ]

Do you have any extra history about Lattitude Hub to add or any of our other airlines in database? Click here to contact us now and get your information added to the airline history database.