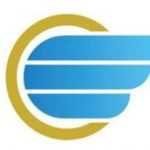 In 2009, Guna Jewellers ( in Patan) launched Guna Airlines. In 2013 Guna Airlines ceased trading due to financial difficulties and was acquired by Simrik Airlines
< scheduled flights based out of Kathmanud >

Do you have any extra history about Guna Airlines (i) to add or any of our other airlines in database? Click here to contact us now and get your information added to the airline history database.