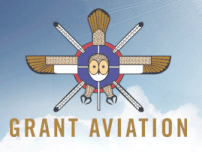 Friendship Air Alaska was founded by Harold Esmailka as a mail carrier in Galena, Alaska as Harold’s Air Service

[ – Grant Aviation was established in 1971 in Emnonak, Alaska as Delta Air Service (ii). Rebranded to current name in 1993. It was announced in Jan2022 that Grant Aviation is to join forces with Tanana Air Service and Shannon’s Air Taxi and will operate under the Grant Aviation name
< scheduled services with base operations in Anchorage, Bethel, Cold Bay, Dillingham, Dutch Harbor/Unalaska, Emmonak, Kenai and King Salmon. Also offer charter flights and cargo services >

Do you have any extra history about Friendship Air Alaska to add or any of our other airlines in database? Click here to contact us now and get your information added to the airline history database.