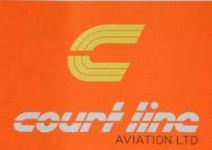 COURT LINE started as a helicopter operator named AUTAIR and decided to enter air transport market using ex-BEA DC.3s on holiday charters in 1953. Scheduled services began in 1963 with a Viking from Luton-Manchester. Renamed to AUTAIR INTERNATIONAL in 1963 and eventually to COURT LINE when it became an IT operator in 1968. Went into receivership and ceased operating in 1973

Do you have any extra history about Court Line to add or any of our other airlines in database? Click here to contact us now and get your information added to the airline history database.