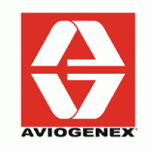 Aviogenex was formed on 21/May/1968 as Genex Airlines the air transport division of Generalexport, an enterprise for foreign and domestic trade, tourism and air transport. Restarted under current name on 30Apr1969 and operated its first flight from Belgrade to Düsseldorf Airport. Flight operations were suspended from 1992 – 1994 due to UN sanctions but started again. The carrier was liquidated in Feb2015
< charter airline based at Belgrade Nikola Tesla Airport >

Do you have any extra history about Aviogenex to add or any of our other airlines in database? Click here to contact us now and get your information added to the airline history database.