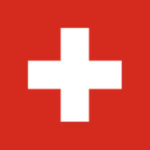 Alpar Bern was formed on 05Mar1929 to operate routes out of the Swiss capital and also manage its airport, Flugplatz Bern-Belpmoos. On 10Jun1929 the airline operated the company’s first air services: Basel – Biel – Bern. The service was closed down on 31Aug1929. When the airline wanted to widen its horizons towards the mid-1930s, it was reorganized as Alpar, Schweizerische Luftverkehrs AG in 1936
< domestic services >

[ – Alpar AG (Alpar, Schweizerische Luftverkehrs AG) was renamed from Alpar Bern and re-formed on 07Apr1936. Due to the general tense political situation all flights were cancelled on 27Aug1939
< domestic and international services >]

Do you have any extra history about Alpar Bern to add or any of our other airlines in database? Click here to contact us now and get your information added to the airline history database.