AER LINGUS was formed on 15Apr1936 with a capital of £100,000 & first service was on 27May1936 between Baldonnel Airfield in Dublin and Bristol (Whitchurch) Airport, United Kingdom, using a six-seater de Havilland DH.84 Dragon biplane (registration EI-ABI), named Iolar (Eagle). Originally the domestic side of the airline with Aerlinte Eireann Teoranta handling the international. Both airlines were integrated in in 1970. The airline formed Aer Lingus Commuter in1984 and integrated it back in 2001
< international and regional passenger and cargo airline > 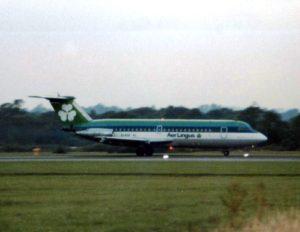 Do you have any extra history about Aer Lingus to add or any of our other airlines in database? Click here to contact us now and get your information added to the airline history database.