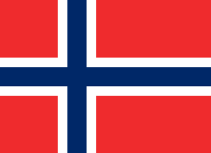 Junkers Flugzeugwerke applied for an air traffic concession at the Norwegian Government in Mar1923, when they intended to provide a route from Kristiania (Oslo) to the Gothenburg aviation week. Furthermore Junkers intended to open a sightseeing flight base at Kristiania harbour. The Norwegian Government rejected this approach and called for the foundation of a Norwegian cooperation partner. On 10Nov1924 It was announced that the airline company A/S Aerotransport was to be founded. Behind it were Swedish airline company AB Aerotransport and German aircraft manufacturer Junkers Flugzeugwerk AG. The air service Christiania–Gothenburg was to be opened spring 1925. Its name was later changed in A/S Norsk Aerotransport. The change was necessary in order to avoid misunderstanding with the AB Aerotransport in Sweden. A new approach for A/S Norsk Aerotransport started in Jul1926. For a short time a Junkers F13 was leased from AB Aerotransport for promotion tours. Nevertheless, again Norsk Aerotransport was unable to start its planned operation from Oslo to Gothenburg as well as a planned Trondheim to Tromsø route. The company was finally dissolved

Do you have any extra history about (A/S Norsk Aerotransport) to add or any of our other airlines in database? Click here to contact us now and get your information added to the airline history database.